This young man, despite being a representative of the law, turns out to be a very tough and very serious type. He is ready to go even against the law and act cruelly towards criminals, the main thing is to achieve success and achieve a certain result. The main character reveals a crime for a crime and it seems that he is not in vain taking his position.

The deputy is an American drama series directed by David Eyre, who is best known to the general public for his scandalous full-screen project, The Suicide Squad, which he shot in 2016.
Regarding the genre, this is a cool mix of directions that are very popular with the viewer. The drama of course prevails here, of course, but in a harmonious combination with the classic western and all this is set into the realities of the modern world with all its features and rules.

So, about the plot:
Los Angeles is not only the well-known capital of American cinema, but also the sheriff’s most ambitious department, since the district is a very solid economy in terms of crime and maintaining an elementary order. It is interesting that the sheriff’s position in the States is elective, and it has been so since the development of the Wild West, and it has taken root in its vast expanses to the present day.

And it so happens that the acting sheriff died suddenly and completely unexpectedly, as a result of the fact that he had a heart attack. And since there was no time to conduct a full-fledged election campaign, due to the circumstances and the sudden death of his predecessor, a very worthy candidate was chosen – an ordinary law enforcement officer, but in the fifth generation named Bill Hollister, who at that time was the deputy of his deceased chef . And he feels much better when pursuing criminals than in the role of a politician, because he is not at all prepared for this role.

From now on, his life has changed dramatically. And if earlier he simply chased the bad guys around the state, now he has to lead the process and manage an excellent team of superbly trained and very disciplined people who never stop in their quest to maintain the perfect order in the district that is entrusted to them.

Among them:
Cade Walker – In the past, was a marine who went through the hell of the Afghan war;
Rachel Delgado is an attractive woman, but most importantly, a meticulous officer, whose attention does not go a single trifle. It stays in the process of a difficult and lengthy divorce, which negatively affects its character, but it helps a lot in work, since dissatisfaction with family circumstances is transferred to the attitude towards criminals.

Breanna Bishop is a very sarcastic, but incredibly smart woman. Her responsibilities include security. In addition, she is acting as a driver.
Joseph Blair is Hollister’s immediate assistant.
And not one offender will leave this team! 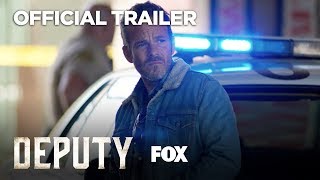 This Close
7.3
The plot focuses on the relationship between the two best friends. The main character named Kate got engaged recently. She is getting ready for a big ...

Mindhunter
8.6
We are going to the United States with you. The focus is on the events that took place in the eighties of the last century. The ...

Leila
4.6
The plot unfolds in the near future. In a digital city, everyone is obsessed with cleanliness. All residents of the metropolis live in separate communities based ...