Two thousand and twentieth year will be the year of the premiere of a new series on vampire themes. The authors of the script of this project offer us a rethinking of the popular classics. This time we set off in eighteen ninety-seven.

Transylvania is the place where the main events of this picture will unfold. The plot focuses on the legendary vampire Dracula, who plans to turn a huge European city into a den of his own kind. London is an amazing place where poverty and luxury are combined. Here begins a serious struggle of humanity with representatives of the vampire species.

“Dracula” is a television project developed by Mark Gaitiss and Stephen Moffat, based on the eponymous Gothic and perhaps most famous novel by Sir Abraham “Bram” Stoker published in 1897.

At one time, Bram Stoker became famous thanks to the English tragic actor Henry Irving. Bram Stoker was Irving’s theater manager and managing director of the famous Liceum, one of the oldest London theaters, while Henry Irving introduced Bram to high society and was fortunate enough to meet Arthur Conan Doyle and James Whistler.

The action of the mini-series “Dracula” takes place in Eastern Europe and covers the story from the beginning of the earl to his epic battle with a descendant of Van Helsing. If you believe the description posted on the channel of the streaming service Netflix: “The legend of Count Dracula is undergoing a transformation due to the introduction of new rumors and legends into his life story that highlight the bloody crimes of the” bloodthirsty vampire “and reveal the vulnerable sides of his existence.”

The development of a new project began back in June 2017, when two writers Mark Gaitiss and Stephen Moffat decided to combine their efforts and direct them to create a new story about Count Dracula. According to the creators, their offspring, actually the count himself, is not a ghostly story based on fairy tales about him, but a narrative of himself about him and a story about the demonic, sexual power of the blood-sucking Dracula.

The story unfolds in the Dracula mini-series, as in the original book version in 1897, when Jonathan Harker, a practicing land lawyer, went on a trip to Transylvania to visit Count Dracula. Jonathan did not even suspect that he was waiting in the castle and what danger his bride / wife Mina, as well as Mina’s best friend, Lucy, would be exposed to. Could Jonathan have supposed that the hermit living in the castle, which the locals are not trying to mention in vain, is making grandiose plans to change his place of residence, namely, he wants to get to Victorian London and establish his power there.

One of the authors of the script, Stephen Moffat, responding to some rumors that their count Dracula is insanely sexy, which means that the vampire will have an intimate relationship with lawyer Harker, said that “it is incorrect to judge Count Dracula as bisexual. He is the “Bi-killer”, and this is not the same thing. The count kills his victims, and does not sleep with them! ”

Well, what will actually happen in the castle of Count Dracula, and to what extent he and his “brides” will bring Jonathan Harker, you can find out by watching the new version, the life story of the bloodthirsty vampire – “Dracula”. 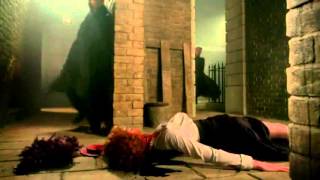 Designated Survivor
7.6
You probably did not know that every government has a special position. In the US, there is a person who bears the special title of "Intended ...

Mystery Road
7.6
The protagonist of the series Detective Jay Swan goes to a small ranch, where not so long ago there was a strange disappearance. Two young people ...