New York. A huge city, life in which boils. Every day, the police station is struggling with tens of thousands of cases of minor and major crimes. The most serious cases incur agents of the Federal Bureau of Investigation. Everyday life of these people is truly complex, dangerous and interesting at the same time. Every time you have to investigate complex cases, the confusion in which can be misleading even experienced detectives.

The FBI project focuses on the day-to-day service of bureau agents who work on disclosing cases that arrive one after another without stopping, and also carry out dangerous operations to capture suspects.

The second season of the series “FBI” promises to be no less stressful. The first set the bar for quality and showed very realistic everyday life for employees of representatives of the New York branch of the Federal Bureau of Investigation.

Only the most complex and complicated investigations fall into the hands of these professionals, which must be brought to disclosure at all costs, because often the police are not able to identify the criminal in cases when the case is really confusing, and the evidence and witnesses only do that sent in the wrong way. In the second season, the main characters expect more complex investigations. 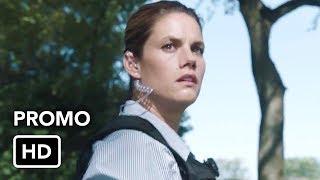 The action of the series “FBI” will be developed in the New York branch of this famous department. This incredibly huge metropolis, which is a financial, cultural, and criminal world center, attracts millions of the most diverse people, differing from each other in skin color, wealth, religion. And each has its own purpose, the realization of which is connected in their consciousness with this particular place.

Here are just ways to achieve the American dream are different. Some try to completely assimilate, become worthy citizens, and for this they work hard and hard. But such a path does not always lead to quick success, and often does not lead at all …

Therefore, there is another category of seekers of a place under the American sun – those who want to get everything now and immediately, and most importantly a lot. And these citizens bring great harm to the country, trying to find an easy way to their personal well-being.

Where the most powerful financial flows are concentrated, the television and fashion industries, the banking and jewelry business, and a bunch of all sorts of strategic objects, major crimes are inevitable, including powerful terrorist acts, major robberies and hostage-taking. After the terrible events of September 11, New Yorkers can never again feel completely safe. A terrible misfortune can fall on any resident of the Big Block at any moment, and no one is sure of its full security. And in these circumstances, the government has to do everything to try to increase the level of protection, and one of the mechanisms of this is the FBI.

At the center of the FBI narrative is the team of the New York branch and its highly professional and cohesive team, whose main task is to protect the largest city in the United States.

The FBI is an internal intelligence agency and in parallel is one of the links in the federal law enforcement structure. This office is part of the Ministry of Justice and at the same time the country’s Intelligence Community. Therefore, this agency of dual subordination and its leaders are at the same time both the Attorney General and the Director of National Intelligence.

This organization was established on July 26, 1908, as an association of Special Agents and initially had the name BOI (Bureau of Investigation). For the history of its existence, it changed its name, and the current received only in 1935.
Structure:

In total, the FBI has fifteen departments:

Employees of which of them will be in the spotlight and become heroes of the story can be found by starting to watch this dynamic and intense series on our website. And perhaps everyone will take turns in focus? …

Look, and you will learn everything.

Good Trouble
7.4
In the center of the plot are the sisters Mariann and Kelly, who successfully finished school and enter into adulthood. Recall that girls from a good ...

Counterpart
8.1
Counterpart season 2 continues the mysterious storyline that was started previously and managed to deliver a satisfying story without compromising its characters or the narrative structure. ...