Skip to content
For Life
Home / ABC / For Life
For Life

“For Life” is a legal drama television series from Hank Steinberg (“Without a Trail”, “The Last Ship” series), commissioned by the “ABC” channel, which premiered on February 11, 2020.

Once Aaron Wallace went to jail for a crime he did not commit. The main character of this project will remain behind bars for life, however, he understands that this is a terrible prospect. He decides to fight for his release. Aaron takes the guise of a lawyer and tries to prove his innocence to the world.

It is not easy for him, since the entire judicial system is opposed to him. The struggle for freedom can go too far, but while the case is underway for his release, Aaron is investigating the cases of other prisoners. Most often, it turns out that the criminals convicted of murder are not guilty of anything and simply turned up. 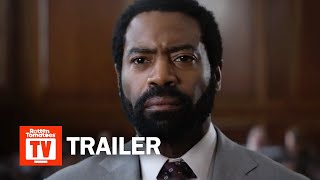 For All Mankind
6.8
Events transfer viewers to the sixties of the last century. The project, despite the claim to be realistic, allows itself to use fantastic elements and interesting ...

JETT
7.4
She is an intelligent, resourceful and practical woman not prone to sentimentality. In her profession, just the other can not be. Daisy Kowalski, nicknamed "Jett" is ...

DC's Legends of Tomorrow
6.8
Rip Hunter was able to find out what will happen in the future. And this knowledge did not bring him happiness. He learned that tragedy would ...