Ninety-seven years have passed since the destruction of civilization occurred as a result of a terrible atomic war. vThis is where the main events of the story begin to unfold. In space (in orbit of the planet Earth) there is a spacecraft of considerable size, aboard which are those who survived after what happened.

They were able to survive and endure an incredible cataclysm, organized by humanity. From this ship, which is the last refuge of people, a space shuttle is sent to Earth, filled with juvenile criminals in the amount of one hundred people …

Higher flames burned all the earth, leaving no shred of fertile soil. Such a picture saw Clark Griffin coming out from under the debris of the entrance to the protective bunker. The seashore disappeared, the wind drives sand, the desert stretches around. The first thought of the girl was about helping the Single Clan, who, before the arrival of the radioactive firestorm, went down to the bunker under the temple of the founder of the new religious movement Becky. Arriving in Polis, and seeing the degree of destruction, Clark realized that she could not make out the huge rubble of stones and plates alone.

Separate clans united into a single just before the arrival of a wave of radiation. Having gone down into the bunker, Octavia was convinced that there would be little space for all the survivors, there would not be enough food supplies for a long nuclear winter, and therefore selection would be necessary. She herself defeated her rivals in a difficult battle for leadership and became the head of the Single Clan. Over the past years under the earth, a lot has changed in the minds of the “Hundreds” people. They had to constantly save on everything, cut portions of food, and at the very end, the council was forced to arrange knockout fights. After that, meat appeared in the diet again.

Six years ago, Clark from “The Hundred” accidentally found a small green oasis, miraculously preserved in the vast desert. A lot of greens, berries and mushrooms seemed to the girl a feast during the plague. In the house, she found the bodies of people who had died before, and next in the woods she met little wild girl Madie with night blood in her veins, which helped the little girl to survive the apocalypse. Together they lived peacefully in this Eden until the module from the spacecraft descended from above. Soon, the inhabitants of the prison shuttle Gagarin, who spent many years in space, being in a cryo-dream, descended to Earth under the leadership of their commander Sharmin Diyoz. In search of a landing site from above, they noticed a green zone, where Clark and Madi were discovered.

The seven desperate researchers who spent their last years at the old space station and collapsing station also saw the ship of the new arrivals, and as soon as the owners left their flying home, they hurried to dock to investigate. Seen shocked everyone. Leaving Raven and Murphy on the transporter, the rest of the crew descend to Clark’s help.

Clark and Bellamy agreed with Commander Diyoz about helping 814 people locked in a Polis bunker. But the saviors demand submission, to which Octavius ​​does not agree at all. A military confrontation begins between the people of the One Clan, exhausted by hunger and darkness and the descendants of the prison ship. Sharmin takes Abbie Griffin, a doctor who is urgently needed by her people, into the valley and demands that the United Clan should not leave the polis. The indignant Octavia activates actions to seize the last green piece of land, it acts very aggressively and thoughtlessly, does not intend to compromise, it destroys many people.

Each of the parties “Hundreds” has its own difficulties and problems. People from the transport shuttle are sick and die one after another from an incomprehensible disease. Abby accidentally came across a solution to the problem with the help of sound waves and intends to gradually heal everyone. The people of the One Clan cannot remain in the destroyed Polis, where there are no conditions for food production, and the valley is closed for them due to Octavia’s stubbornness. In the hostilities involved Madie, who took the spark of Becky and now became the commander, who has the memory of all who were before her. People are dying, a lot of people on both sides.

The evacuation signal takes everyone off the bat. This means that each person must get to the prison ship, since a bomb of tremendous power is launched from above, which will again sweep away all life from the face of the planet. The count goes on for minutes.

The “Hundreds” shuttle, taking off at the last second, takes away five hundred war-weary people. To save them life, the council decided to put everyone in a cryo-dream. A hundred and twenty-five years later, a young man named Jordan woke Clark and Bellamy. They saw a video message from his father Monty, who, together with his beloved Harper, raised a son and gave him all their knowledge. Monty hacked the shuttle files and found out about another planet on which people can live.

Events in the series begin to unfold after ninety-seven years after the terrible nuclear war destroyed all civilization. A large spacecraft flies high in space in Earth orbit, it is here that those who survived the terrible catastrophe are located.

They are the only ones who survived this terrible cataclysm that arranged humanity. It is from this last refuge of people that a space shuttle is sent to Earth on which there are a hundred juvenile criminals … 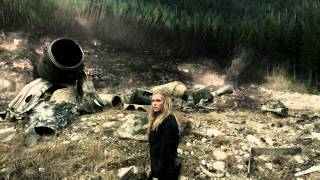 After a horrific nuclear war, the Earth turned into a lifeless desert. Everyone who managed to leave the planet was forced to live in orbital stations. There are only four hundred people left who are united. A hundred years later, their number increased to several thousand. However, even such a small number of people cannot survive in space.

Lack of resources for existence pushes people to return to Earth again. To make sure of safety, the first to go there are a hundred people – criminals who managed to break the law. In fact, these are teenagers who must confirm that the planet has once again become habitable.

The young boys and girls are here for the first time, and for the first time they are confronted with unusual species of living beings who have once again settled the once destroyed surface of the planet. But besides the beautiful flowers, trees and unprecedented animals, they will meet hostile tribes of people who once mutated, who represent a real danger. 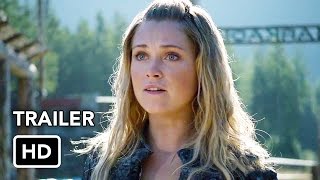 There was a nuclear war on planet Earth. After these events a hundred years have passed. Small groups of survivors were joined together, and they left the planet on a large spacecraft. And now they are forced to wander in orbit. Not one generation of survivors, dreamed of returning to the ground, but it was not possible.

There was chaos on earth, radiation everywhere. Many years later, a ship was sent to earth with prisoners who were to find out whether it was possible to survive on the planet. This experience will tell you whether it is possible to return home. How everything happened, whether the guys managed to survive, you will learn from the series “Hundreds”. 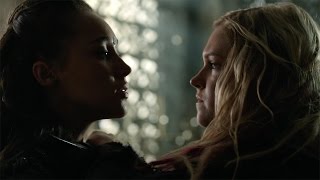 Nevertheless, people decided to take this step. The long nuclear standoff ended in a war, after which there were neither winners nor losers. Finding out who is guilty of what happened and who was the first to release a nuclear gin by pressing a button, now there is not any point. The main task is to save the survivors, so that the human race does not disappear without a trace.

Perhaps in the future, the survivors will be able to revive civilization. The remaining inhabitants of the once prosperous planet eke out their existence in the womb of a huge spacecraft, which for ninety years has been in orbit of the planet. Communication with the Earth is lost, what is happening on the planet they do not know.

The remnants of mankind have created on the ship a kind of state, in which their laws apply. As in any society, there are also law-abiding citizens, and those who do not want to follow the rules and regulations. Another problem faced by the inhabitants of the space ship is the shortage of space. For this reason, it was decided to send hundreds of criminals to Earth.

Thus, two problems are solved, the first problem is free space, and the second problem is the problem of studying the consequences of a catastrophe and the possibility of returning to the planet. What expects exiles in the postappocalyptic space of the planet? What difficulties and dangers will they face?

What forms of life inhabit the alien world now? Perhaps on the planet are dominated by representatives of another civilization, which arose on the wreckage of the former human greatness … 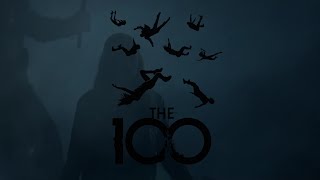 Events develop ninety-seven years after the terrible atomic war that destroyed all life on planet Earth. Only a few spacecraft that were in orbit at that time managed to survive.

The ships are a kind of air prison, a prison where young offenders are kept. However, their content becomes unbearable due to the limited amount of oxygen and food, so the command decides to send hundreds of prisoners to Earth with the aim of not only saving, but also reconnaissance.

Arriving on Earth, the group will have to face many dangers in the face of not only mutated animals, but also themselves! 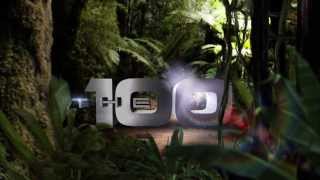