Thirteen years ago, there was a terrible tragedy in the life of the Talon. A group of mercenaries, directed by a bloodthirsty dictator, almost completely destroyed the Black-blooded race, which includes the main heroine of the “Outpost” series. She miraculously survived, but such a life can hardly be called happy: the elf still suffers from nightmares, in which she again and again endures the death of her family.

One day, Talon learns that somewhere on the outskirts of the kingdom there is a fortress, in which mercenaries are hiding, who staged a massacre in her native lands. Madness wanting to avenge the death of parents and relatives, the heroine decides to get to the fortress and deal with the killers. In recent years, the girl has mastered the skill of battle, so the task looks very real.

Soon after the start of the adventure, the Talon meets a brave captain, Spears, who rescues her from imminent death. He also devotes the elf to the secrets of the Black Bloods, thanks to which she learns a lot of interesting things about the possibilities of the representatives of her race. New knowledge awakens in the girl forces that will be a great help on the way to the goal.

The fantasy series, created in America, includes ten episodes. In a certain locality, apart from everyone, there lived families – representatives of the race called “Black Blood”.

In an unequal battle killed all the people of this race with the exception of the young Talon. The girl is determined to avenge her relatives. This will help her superpowers, which appeared suddenly.

Walking on the trail of bloody and brutal murderers, she comes to the guard fortress. This fortification is built on the border of a highly developed world. During the trip Talon learns to use the force. New friends help her overcome obstacles along the way. Can a fragile girl with her companions save the world from tyrants and dictators? 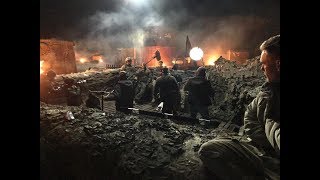 The Outpost season 1 is a low budget fantasy series that was initially developed by the SyFy channel but was later acquired by CW. This series does not radiate success, but seems to be interesting for people who enjoy a good fantasy story full of pathos and interesting superpowers.

Our main heroine is the last of blackbloods. Her destiny is a mystery to everyone, but she survived for a reason. As per usual, a strange prophecy glooms over the magical country and dark forces are coming forth to take over the world, but we have a heroine who can stop them!

The Outpost season 1 is certainly not something outstanding in terms of production value. The show may seem cheap and poorly acted, but the reality is that many shows do feel like something cheap. Shannara Chronicles were quite good but also felt quite cheap. The Outpost has the same problem.

It does not look overly appealing. However, we all know that fantasy is not a genre that attracts a lot of investments. The story and its twists attract all of the attention make or break the series! If you like a good fantasy fairytale, you will most certainly enjoy this series. Action is good, special effects are not bad considering the budget, and costumes are not that cheap. 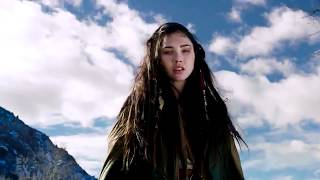