The series talks about the investigation into the murder of an eleven-year-old boy. Frank Peterson, according to the investigation, was killed by his own football coach. Terry Maitland is an experienced specialist in his field, who brought up a galaxy of excellent young players. Did something happen that pushed the man to a terrible crime? Close and dear Terry cannot believe this, and parents of boys who went to football with him hardly believe in what happened.

Ralph Anderson will investigate the crime. The detective is familiar with Maitland, because he once coached his son. The protagonist knows this person and also cannot believe that he was involved in the crime.

True, Maitland prints are found at the scene of the murder. It would seem that this is indisputable evidence of his involvement in the case, but there are other evidence – video cameras.

They show that the man was at the time of the death of the unfortunate man sixty miles from him. How does Terry manage to be in two places at once? Perhaps he was brutally framed? With each new evidence, this business is becoming more and more confusing and interesting. What will be next? 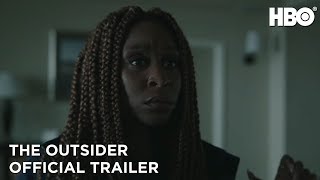 Chicago Fire
7.9
The protagonist of the series is fireman Matthew Casey. He has a very dangerous and difficult job. He risks his life every day. He and his ...

The Magicians
7.6
Quentin Coldwater has recently been a spontaneous lodging at a Midtown mental hospital. To the young man who became the hero of the fantastic horror series ...