Skip to content
The Rook
Home / Starz / The Rook
The Rook

Mifanvi Thomas has supernormal abilities and suffers from amnesia. She needs to understand who is behind the mysterious murders, and keep memory loss secret from her secret service colleagues in the UK.

Waking up at night on the bench of one of the London squares, the main character of the mystical series cannot remember who she is and what happened. And most importantly, why are the corpses of unknown people near her and what does she have to do with them?

The woman understands that her memory has been deliberately erased and it is imperative for her to remember her past in order to understand what happened. Before the main character, there are a number of questions that urgently need to find answers.

And with each moment the girl realizes that it will not be easy. As it turns out, she herself has unusual supernatural abilities. And her past was directly related to the paranormal. The main character led the secret service of Great Britain, created to study the supernatural and fight against mystical creatures attacking the city.

Someone is definitely behind the amnesia suddenly appeared in the main character and pursues a secret motive for its elimination in the fight against mysticism. A woman needs to deal with the situation as quickly as possible and, above all, to return her memories and work. Otherwise, those who are playing a secret game will win and then there will be no turning back … 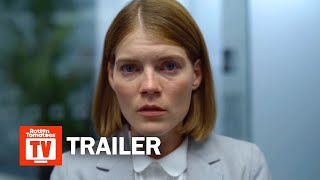 Riverdale
7.1
Riverdale - one of the most popular projects on modern television, which is the adaptation of the popular comic "Archie". The plot focuses on a young ...

Humans
8.0
The plot of this incredible serial takes us to a far future. This is the time, when the development of high technologies has reached the most ...

Now Apocalypse
6.1
Ten episodes of the new teen comedy will tell the story of a quartet of characters from Los Angeles. The young people Ulysses, Karli, Faure and ...