The plot focuses on the relationship between the two best friends. The main character named Kate got engaged recently. She is getting ready for a big celebration. The wedding promises to be gorgeous. Her friend Michael recently broke up with a girl.

He had to endure a series of difficult feelings in order to finally come to the conclusion that his whole life and all his feelings for his beloved were just an illusion. The young man hopes for a better future, but so far he does not see himself with any other person. Perhaps a friendship with Kate will let Michael forget about personal problems?

The project talks about the characters of Kate and Michael. The main characters are going through different life periods. The young man has to seek solace in family affairs, because after an unsuccessful relationship he is still very lonely.

Kate, in turn, got engaged not so long ago, so she is waiting for the most important day in her life. It just so happened that the characters are best friends who are happy to support each other.

They will try to do everything possible to achieve what they want, but they don’t even imagine what fate has prepared for them. Enjoy all the fans of the first season and the melodramatic genre. 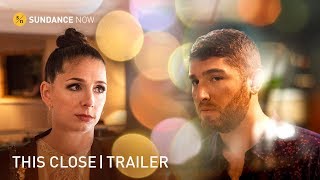 Josh Feldman, in his six series project, decided to touch on personal relationships between people who are different from the society around them.

Our main characters are deaf and dumb from birth, as the director himself and his co-author Susanne Stern. The creators of the mini-series thought that the world of ordinary people in which there is very little space for the deaf and hard of hearing. Suzanne Stern, for example, at seven years old dreamed of becoming an actress and asked her parents to find an advertising agent for her, but her mother refused her. Later, when she studied at the university at the Department of Humanities in Washington, she decided to go to Los Angeles for a casting and stayed there. The girl achieved her goal, she became an actress, although she was deaf.

When she met Josh Feldman, a beginner writer and screenwriter, she helped, thanks to her connections, gain a foothold in Hollywood. Prior to this, no one wanted to work with him. Everyone asked: “How to communicate with him? “Or” How can he write dialogs if he does not talk? It was Susanne Stern who inspired and pushed Feldman to write and shoot a film about people like themselves.

So, she can speak, but cannot hear, therefore she constantly wears a hearing aid, but even if she takes it off, she literally feels what is happening around her, literally with her skin and blood flowing through her veins. Her name is Kate and she is about to get married soon. Kate is a very determined girl and always tries to do everything, without any concessions from other people.

He is in severe depression, as he recently broke up with his loved one. He sits alone at home, sorting through things that remind him of the happiest days in life. His name is Mike, he is a writer and suppresses heartache with a huge amount of alcohol. True, now he does not want to do anything, much less write. But he does not mind meeting with Kate.

They are old friends and finally met after a long separation. They have something to tell each other, about themselves, about their life and what they should do next. Kate, in order not to embarrass Michael, even took off and hid the ring presented to her by the groom. They have to spend a lot of time together to fully understand why they have not met again. Can their friendship grow into something else, despite Michael’s unconventional orientation and the fact that Kate is engaged and is going to get married? Or maybe they just help to understand each other for what they live and what to wish for in the future.

Pennyworth
8.0
The plot of the series takes the audience in the distant sixtieth year. The focus of the plot is Alfred Pennyworth, who lives in London. An ...

Rick and Morty
9.3
In the center of the plot - a schoolboy named Morty and his grandfather Rick. Morty - the most common boy, Coy does not differ from ...

Mystery Road
7.6
The protagonist of the series Detective Jay Swan goes to a small ranch, where not so long ago there was a strange disappearance. Two young people ...